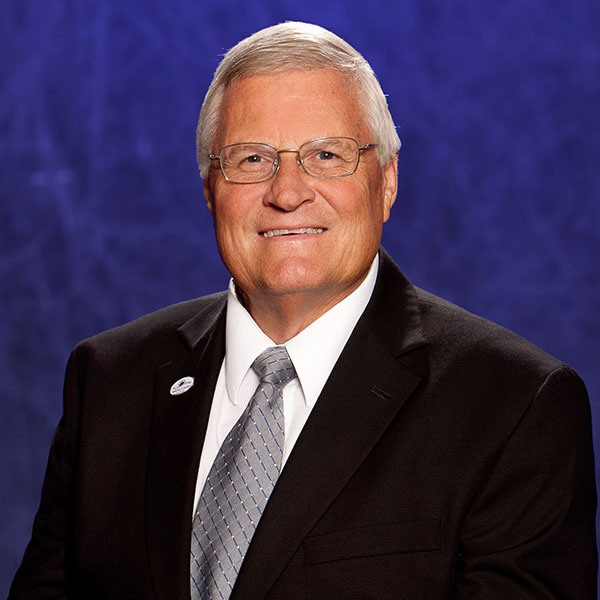 Dr. Fred Lowry is the Vice Chair and District 5 representative on the Volusia County Council. His district includes the south half of DeBary, all of Deltona and Enterprise, and most of Osteen. He began his four-year term in January 2015.

Served on several boards of the Southwest Volusia YMCA
Coached youth soccer for over a decade in the YMCA program
Founder and leader, Deltona Pastor’s Fellowship
Founder, Annual Deltona God and Country Rally
Dr. Lowry and his church have ministered to the citizens of SW Volusia since 1993 providing counseling, food for the needy and many other resources.

Dr. Lowry received a bachelor's degree in Math/Science Education from Tennessee Temple University. He also has a master’s degree in Religious Education and an earned Ph.D. in New Testament Theology from Trinity Theological Seminary.

Just out of college, Dr. Lowry served as a Regional Supervisor for Arby's in southeast Tennessee and northwest Georgia. Later, he taught school in the Louisville and Chattanooga areas, and served as a high school principal in West Virginia for six years. He also pastored in Georgia and Tennessee before coming to Deltona Lakes Baptist Church as the senior pastor in 1993 where he currently serves.

Dr. Lowry has been married to his high school sweetheart, Victoria, since 1973. They have two daughters, Vanessa and Veronica. The family is rounded out with four pups: pit poodles Sadie and Sasha; German shepherds Anna and Elsa; and two mini donkeys, P-Nut and Bindy.