Microchip: It’s like a free call home from your lost pet 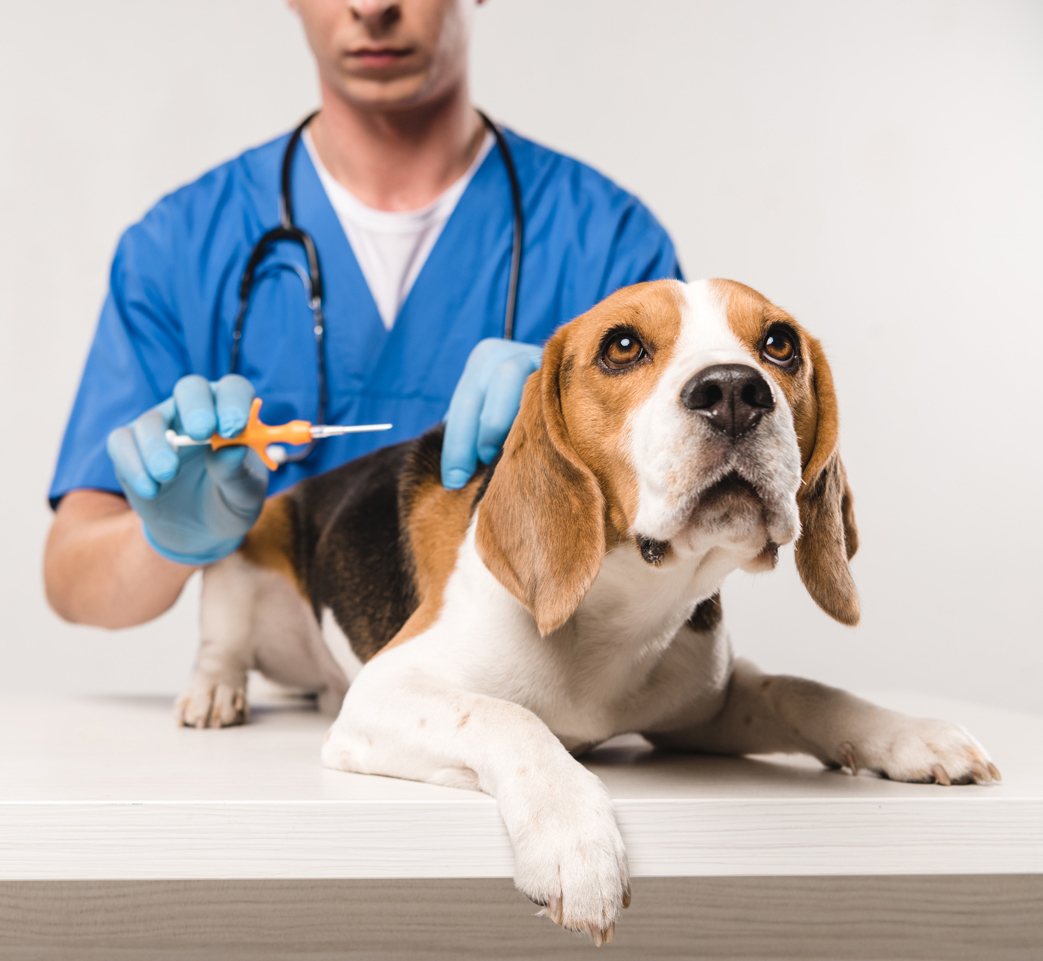 It’s a high-tech solution to a low-tech problem – a lost or missing pet.

It’s also fast, simple and inexpensive. Best of all, having your pet microchipped significantly raises the odds of a happy reunion the next time Fee Fie, Fido or Rover wanders off, escapes through the doggie door, tunnels under the fence or bolts out of a gate left open. So it’s a wonder to Volusia County Animal Control Director Adam Leath why more pet owners don’t do it before something tragic happens.

“It’s a life-saving action that all pet owners can do for their pets,” said Leath. “When a pet goes missing, we want to help reunite them with their owner. And microchipping is the best way to do it.”

Veterinarians and animal clinics everywhere offer microchipping services. And since last year, Volusia County Animal Control has made it even more convenient and inexpensive for animal owners in its service area – unincorporated Volusia County and the city of Oak Hill – to get their pets microchipped. For those residents, the county launched a microchipping service in July 2018. At an extra cost of just $10, animal owners in the service area who take their pet to the county’s animal clinic to be spayed or neutered can also get a microchip implanted in their pet at the same time.

The new service has proven popular. A total of 581 dogs and cats were microchipped by the county in just the first 12 months since the service was launched. While pleased with the success, Leath wishes the numbers were even higher. But what he really wishes is that all pet owners would do it, regardless of whether they get the microchip from the County or another provider.

“We hope every pet owner gets one,” said Leath. “It’s just such a good idea.”

About the size of a grain of rice, the microchip is implanted with a needle just under the skin of the animal and between its shoulder blades. The process is similar to administering a vaccination, and no anesthesia is required. The electronic chip contains a unique ID code that is then entered into a database along with the pet’s name and the owner’s name and contact information. With a wave of a hand-held wand over the pet’s back, the microchip and its ID number are instantly located.

The county takes possession of animals under a variety of circumstances. Animal control officers might find the animal roaming the streets, with no ID tag or owner in sight. Or it could be an injured animal, an aggressive animal, an animal that a concerned citizen called about, or a stray dropped off by someone who couldn’t locate its owner. The county wands every one of them in the hopes that it has a microchip that will lead Animal Control staff to the pet’s owner and a joyous reunification. If not, the pet is taken to one of the three humane societies in the county. But animal control officers would rather not.

“We don’t want to take someone’s pet to a shelter,” explained Leath. “It’s not where they belong. They belong at home. But without a tag or a microchip, there’s no way for us to know that it’s your pet.”

With a microchip, the most important thing to remember is to keep your information current and contact the registry to have it updated if you move or change phone numbers. Still, the county’s efforts to locate an animal’s owner don’t end with the microchip wand. Soon, Volusia County Animal Control will be launching a new web-based databank where residents will be able to view pictures and information in real-time about every animal picked up. So microchipping isn’t the only way to reunite a lost pet with its owner. But it’s certainly the most effective and reliable. And it’s particularly helpful when a pet ends up, not just a few blocks, but miles from home. Reuniting pets that lose their way in a major storm and end up miles away is especially challenging. There have even been occasions where someone vacationing in Volusia County picked up an animal they thought was a stray and brought it back home with them hundreds of miles away, only to later find out that it was someone’s family pet. A microchip led to the successful return of the animal.

Statistics tell part of the story. In just the first nine months of the 2018-19 fiscal year, county animal control officers picked up 382 dogs. Of those, officers were able to quickly locate and return 73 of the canines to their owners. And 29 of the 73 successful reunifications were the direct result of the pet being microchipped. For the others that couldn’t be immediately reunited, nearly all went to one of the three humane societies in Volusia that the county contracts with for sheltering services. It’s a service that taxpayers foot the bill for -- $45 per-day, up to a maximum of $90 per-animal. If the owner isn’t located after three days, the animal and its ultimate disposition becomes the humane society’s responsibility. However, the sheltering expense is avoided every time an animal control officer is able to reunite animal and owner. Judging by national statistics, in time, more extensive use of microchip technology should reduce the number of pets ending up in shelters.

“Shelter diversion is a big component of what we do,” said Leath. “Shelters were built out of a necessity. But any time that we don’t have to take a pet there, the taxpayers don’t have to bear the burden of that cost.”

To be sure, they have to be cost-conscious and good stewards of the public’s money. But for Leath and his staff of 15, their primary motivation isn’t avoiding the expense of sheltering an animal. It’s all about bringing those furry, four-legged family members home to their loved ones. Leath likens a microchip to a free phone call home from a lost pet. Lacking opposable thumbs, animals obviously can’t dial a phone. But a microchip that points the way to a lost pet’s owner just might be the next best thing.

“Microchipping is like a free call home,” said Leath. “Pets aren’t able to use a telephone. But give them a microchip and we’re able to do it for them. It’s a free call home.”

Myth #1: A microchip can track your pet’s location and movement.

A microchip isn’t a tracking device or a GPS. It’s a permanent, electronic means of identifying a pet and locating its owner.

Each microchip just stores the unique ID number assigned to it. The microchip number is entered into a registry along with details about the pet and its owner. Once a microchip is located on an animal and the ID number is obtained, the owner’s contact information can then be retrieved from the microchip registry database.

Myth #3: A microchip replaces a collar and ID tag.

While most vets and animal clinics have scanners that can locate and read an implanted microchip, a citizen is more likely to come into contact first with a lost or wandering pet. For that reason, all pets – including those that have been microchipped – should wear collar tags with their name and the phone number for their owner.