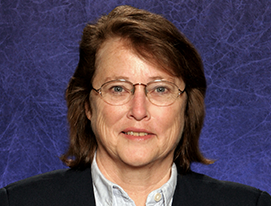 We are deeply saddened by the passing of Ann McFall, one of Volusia County’s greatest champions. We remember Ms. McFall with respect and gratitude. She served as an elected official for three decades, beginning with eight years on the Volusia County School Board and followed by six years on the County Council and 12 years as supervisor of elections. No matter which hat she was wearing, she conducted herself with dignity, integrity and compassion.

As a young mother in 1980, she earned a reputation as a community advocate by convincing the School Board to build the first high school in Deltona. This was followed by a successful run for the School Board in 1986. For the next eight years, she advocated for quality education and played an instrumental role in the opening of 12 schools across the county.

As part of the elections canvassing board in 2000, she took part in the manual recount of the disputed 2000 presidential election. The eyes of the world were on Volusia County at this stressful time, and Ms. McFall worked diligently to ensure that Volusia County’s count was accurate.

This experience inspired her to run for supervisor of elections in 2004. She won this election and spent the next 12 years enhancing security, upgrading equipment, improving processes, and ensuring honest local elections.

Ms. McFall is survived by her husband of 50 years, Robert. They have two children – Michele McFall-Conte and Joe McFall – and four grandchildren.

Questions about the vaccine? Visit volusia.org/coronavirus