Emergency Medical Services in Volusia County evolved over the years with its formal start in 1972 and the graduation of the first class of Emergency Medical Technicians (EMTs) from Florida Technological University (now the University of Central Florida). The county at that time was served by several funeral homes and a private, for-profit EMS provider (Beacon Ambulance) under contract with the county. 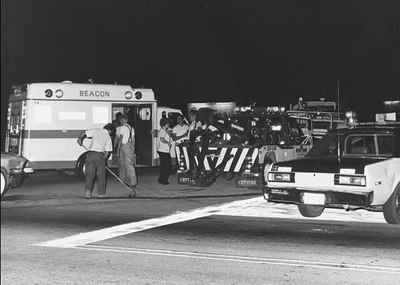 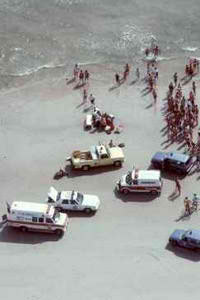 With the passage of the Florida EMS Act of 1972 the funeral homes discontinued ambulance service leaving Beacon Ambulance as the only countywide ambulance service provider. In 1974, the City of Daytona Beach Fire Department started the first Basic Life Support Fire/Rescue unit in the county, thereby initiating the first step in a two-tiered system in the county. A year later, in 1975, Beacon Ambulance and Daytona Beach Fire/Rescue initiated Advance Life Support service with Paramedics. The Florida EMS Act of 1976 implemented a statewide standard of Basic Life Support with EMTs and Advanced Life Support with Paramedics.

In 1981, Beacon Ambulance ceased operation and was replaced by the private, non-profit service of the Emergency Medical Foundation, Inc. d/b/a EVAC Ambulance.

On Oct. 1, 2011, EVAC transitioned to the County of Volusia under the Department of Public Protection, thus forming a new division known as the Emergency Medical Services Division (EVAC).