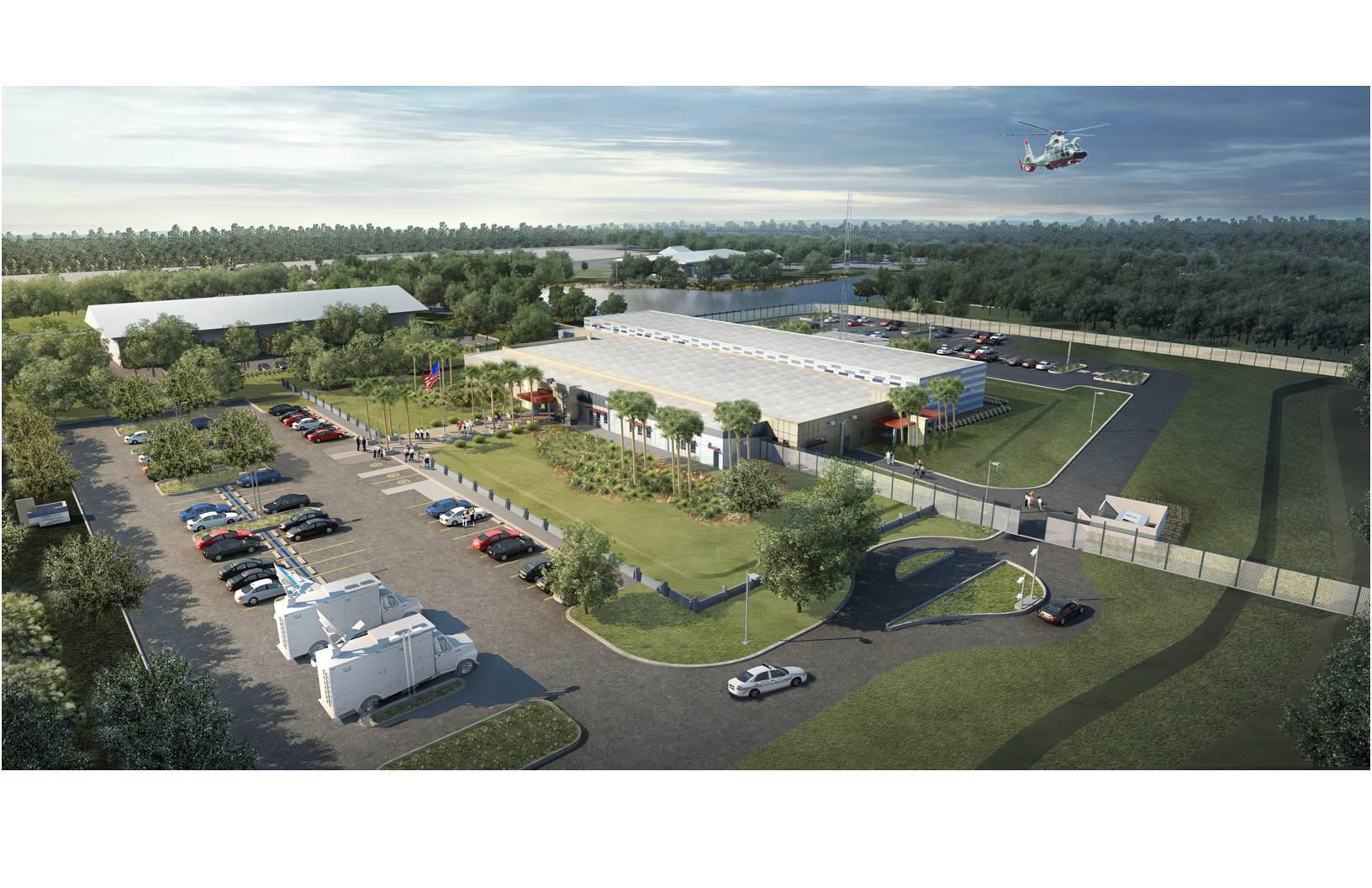 The Volusia County Emergency Operations Center (EOC) is the central command center for emergency response in Volusia County. Key disaster response officials, including the Volusia County Council Chair, the Volusia County Manager and the Emergency Management Director, convene in this specially-designed facility to make the strategic decisions necessary to protect the public during emergencies, which include hurricanes, civil unrest, wildfires and mass casualty incidents.

The EOC is situated west of Daytona Beach off U.S. 92. It was built in 2013 and is designed to withstand 180 mph winds and an EF3 tornado. As recommended by the U.S. Department of Defense, a three-foot-high concrete barrier creates a separation of 82 feet between vehicular access and the building.  The Sheriff's Communications Center is also housed in the 43,000-square-foot facility and serves as the county's sonsolidated public dispatch. 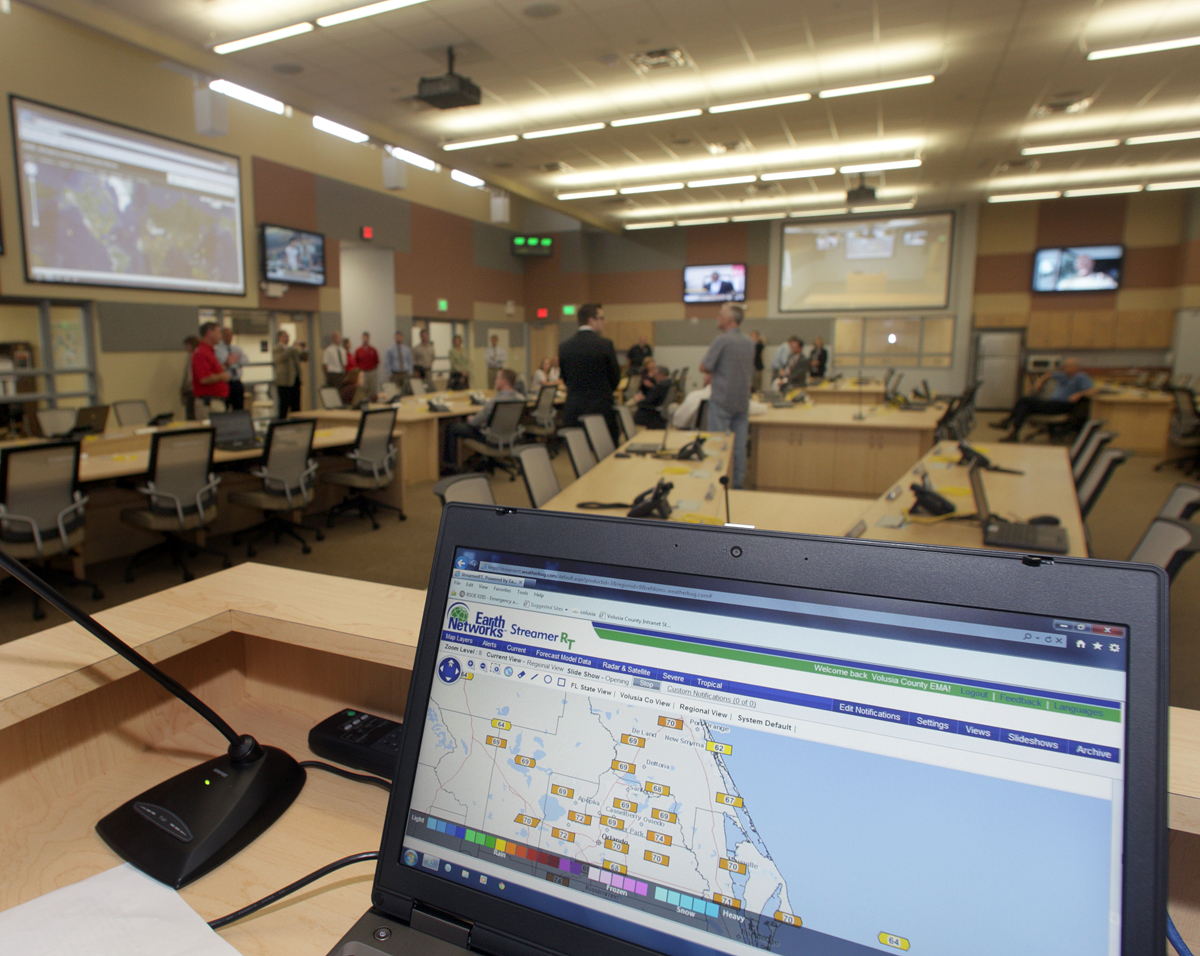 Operations room is the 'nerve center'

The Operations Room is central to the EOC. It serves as the "nerve center" during emergency operations. Working space is provided for all disaster response Emergency Support Functions (ESFs) and representatives of Volusia's 16 cities. The purpose of activating the EOC is to centralize response and recovery decisions, plans and operational activities to maximize the efficiency, quality and quantity of resources.

Keeping the public informed during a disaster is a major responsibility of Volusia County Emergency Management. A Citizens Information Center and a Media Center provide accurate and timely information to the public during emergency operations. Through an agreement with Volusia County, WNDB 1150AM/WHOG 95.7FM radio and WDSC TV-15 are Volusia County's official emergency management information stations. WNDB, has a broadcast outlet at the EOC. WDSC enhances the County's ability to provide critical public safety information with a direct, live television connection.

Access to the Emergency Alert System (EAS) allows emergency messages and warnings to be sent to area radio and television stations for immediate rebroadcast to the public.

The EOC houses the administrative offices of the Emergency Management staff and the policy and recovery group rooms.

The facility has communications systems that facilitate voice, video and data communications. The center also has an audiovisual display system capable of presenting weather, traffic television, video conferencing, and law enforcement and state emergency information on multiple monitors throughout the building.

The building is designed with electrical redundancy to ensure uninterrupted service. If the 2,000 amp, 277/480 volt, three-phase power service is interrupted, two 1.25 megawatt diesel generators will provide back-up power. A single generator can handle 100 percent of the building load with the second generator as back-up. The 8,000 gallon above-ground fuel tank will allow the generated power to last five days.

An uninterrpted power source (UPS) system provides power for information technology, radio and electronic systems in dispatch and operations and ensures there will be no down time when switching from Florida Power &bLight to generators. Each of the two 400kva UPS systems can handle 100 percent of the power load.